After the Injury: The Rest of the Story

Spinal cord injuries are perhaps the most visible and obvious disability. After all, the symbol of someone using a wheelchair is universally recognized for indicating disability-optimized bathrooms, parking spaces, and more.

Disability can be acquired later in life, as is often the case with spinal cord injuries. However, that doesn’t have to be the whole story.

Let’s take a moment to recognize some famous celebrities who have had spinal cord injuries and the accomplishments they had after acquiring their disability. 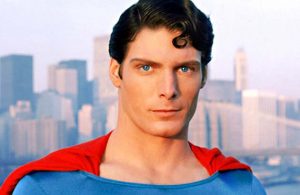 Perhaps most famous for his role in the 1978 version of Superman as Clark Kent, Christopher had a long list of famous titles he appeared in.  Somewhere In Time, Street Smart, The Remains of the Day, and The Bostonians represent some of his iconic screen appearances.

Christopher was paralyzed in a horse riding accident.

Following his injury, Christopher used his influence and charisma to raise awareness about Spinal Cord Injuries and to promote Stem Cell Research.  He also continued to direct, appear in television shows, and even wrote a bestselling autobiography. (Learn more…) 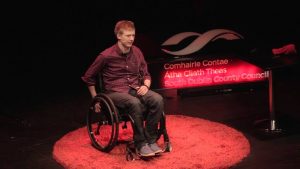 Curtis Mayfied was an R&B Artist and social activist.  He became famous for his songs “People Get Ready,” “Pusherman,” “Superfly,” as well as his work with the Impressions.  Mayfield’s song “Keep on Pushing” was at one point banned from several radio stations during in the civil rights era when it became the song of choice for Freedom Riders.

Curtis became paralyzed after a light on the stage fell on him during a live performance.

Despite his injury, Mayfield continued recording.  His last album, New World Order, was sung line by line while he lay on his back.  This album would go on to receive multiple grammy nominations, including Best R&B Album and Best Male R&B Vocal Performance. (Visit his site) 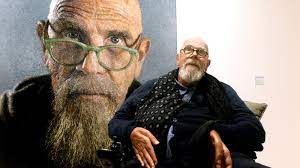 A photographer and artist, Chuck Close is perhaps best known for his extremely large and detailed portraits of people.  His work is described sometimes as “photorealism” and “hyperrealism” and are mesmerizing when observed close-up.

Chuck suffered a spinal artery collapse that left him paralyzed.

Chuck Close continues to make art to this day! He continues to paint and has recently focused on making prints and woven tapestries. His wall-sized tapestries of people typically involve over 17,000 individual threads and many different colors woven together. (Watch the artist work)

A competitive downhill skier, Jill Boothe was a favorite for the 1956 Winter Olympics.  She was also featured on the cover of Sports Illustrated.

She suffered a skiing injury during the 1955 Snow Cup event.

Jill, a media darling, was featured in two movies about her life, The Other Side of the Mountain (Parts 1 and 2), and later went on to have an impact on her community as a a special education teacher.  She would also go on to become an accomplished landscape painter as well. (Learn more about Jill)

Your story is not over:

Are you close to someone who has suffered a spinal cord injury?  We want to help with the rest of the story.  Submit your resume online.

Like Jack in the video, many adults come by their disability later in life.  It could be the result of an accident (like in Jack’s case), genetics, or the byproduct of a another illness or condition.  What really resonates to us at Peak about Jack’s story is the sort of fearlessness that he expresses and the desire to find his next big thing.  He may not be able to windsurf any more but he can find another passion, another outlet for his drive and figure out his unique way to change the world.

This September we wanted to focus on spinal chord injury (SCI) awareness.  Did you know that 12,500 new cases are reported each year? Fortunately, SCI does not usually affect cognitive function; however, you may need certain accommodations at work to help you on your new path.

There are two types of SCIs, complete and incomplete.  Range of motion and mobility will often vary significantly under both categories.

SCIs seldom affect the mind but it can still sometimes be difficult to find work.  Fortunately, the rise of office professional and IT roles (such as the ones we staff) and work from home opportunities make it increasingly realistic to find a career after a life altering SCI.

Do you have a question about getting a job with an SCI?  Do you know someone who’s looking for work?  You can reach us here at Peak via email or call us at 512-453-8833